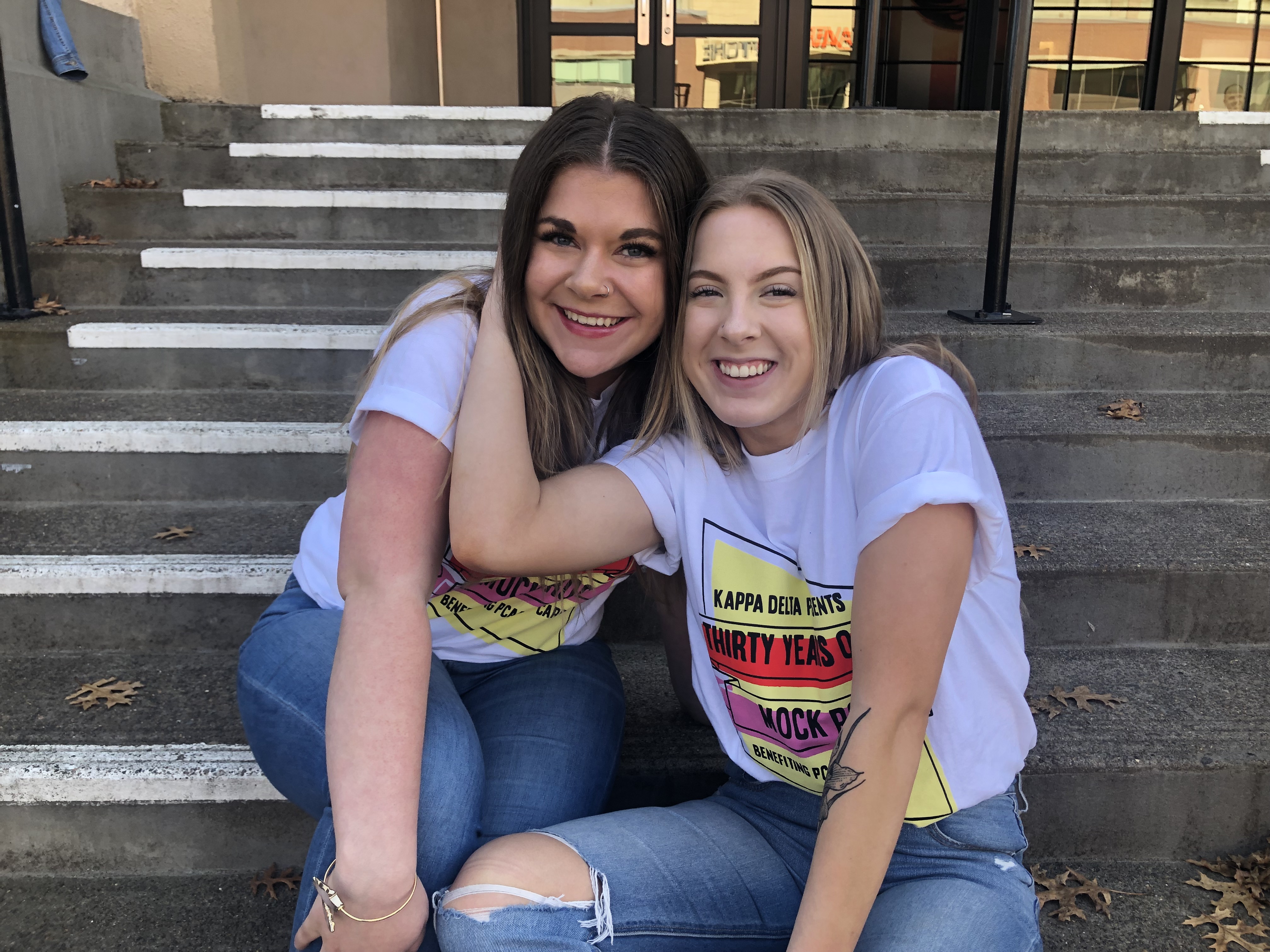 Since 1988, Alpha Kappa has raised over $290,000 for child abuse and domestic abuse prevention and education in the Corvallis community with our funds locally supporting the Center Against Rape and Domestic Violence (CARDV) and nationally supporting Prevent Child Abuse America (PCAA). Our fundraising success comes from Mock Rock-the most anticipated philanthropic event at Oregon State. Mock Rock continues to be the most participated in and highest earning event and has won Philanthropy of the Year continuously for several years. Mock Rock is a week of events culminating with a lip-sync/dance competition held in Gill Coliseum. 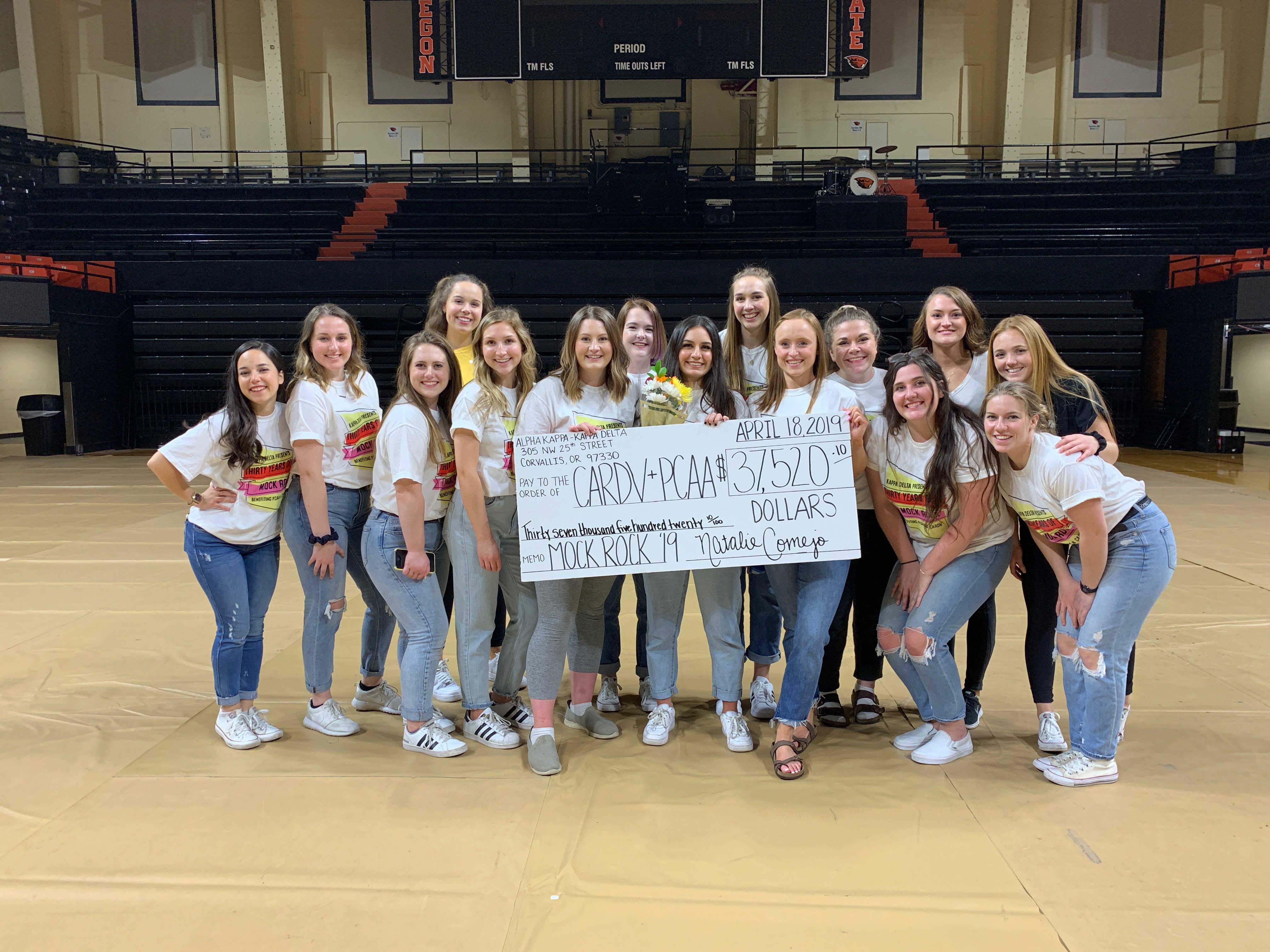 In 2019, 27 Greek and non-Greek organizations chose to participate, assisting Alpha Kappa in raising $37,520.10! Quad events can include skits, chants, and games which all take place in the Memorial Union Quad. Donations are also accepted in the Quad.

The theme for Mock Rock 2019 was Thirty Years of Mock Rock to celebrate the 30 continuous years of this event on the Oregon State campus. Each participating chapter chose a year ranging from 1989 to 2019 and preformed a lip-sync featuring top hits from that year. Alpha Kappa reserved the year 1989 and played music from the year to bring our attending alumnae back to the times when Mock Rock was getting its start. We also had a guest speaker from the class of 1989 to help us celebrate and learn more about how this fun, amazing event got it's start.

Also, during the main event of Mock Rock, Alpha Kappa selects our Man of the Dagger. He can be a Greek or a 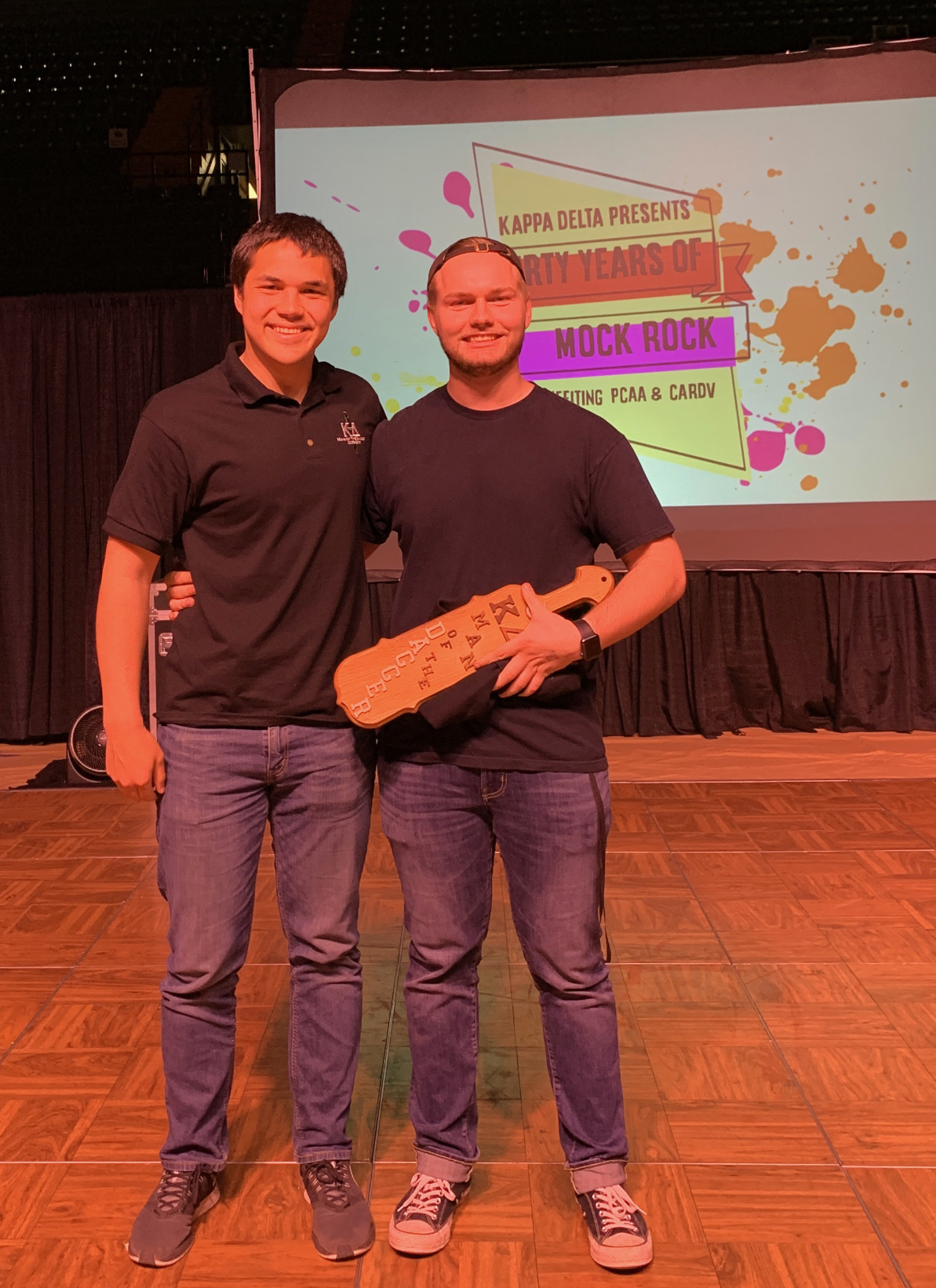 non-Greek man that exemplifies all of Kappa Delta's values, such as maintaining strong academics, having a passion for community service, continuing to seek active leadership roles, and being an excellent role model to his peers. Each year, the previous Man of the Dagger hands over the award to the newly elected Man of the Dagger. Our 2019 recipient is Brenden Quinn, a member of Lambda Chi Alpha (on the right) and was handed over the award by our 2018 recipient, Garrett Blackburn.

We would like to extend a huge THANK YOU to all of our community, businesses, and private donators who contributed to Mock Rock.